Share a memory
Obituary & Services
Tribute Wall
Read more about the life story of Robert and share your memory.

We are sad to announce the passing of Robert Thomas Mitchell, 75 of Baraboo, Wisconsin.   He died peacefully with family surrounding him on Sunday, January 3, 2023 in Baraboo, Wi.  Robert was born June 7,1947 in Newark, New Jersey to Charles and Edith Mitchell.   He is survived by his son Robert Wold (Terri) and his grandchildren Kyler, Connor and Taylor(Brandon Vulpitta) and great grandson Nolan Vulpitta of Darien, Il. He is also survived by his sister Linda Morgan (James) Camp Douglas, Wi, Mary Mitchell-Adler (Frank) Neenah, Wi, Philip Mitchell (Elena) of Denver, CO, and David Mitchell (Judy Weiland) Baraboo, Wi along with numerous nieces and nephews and cousins.  He was preceded in death by his parents, Charles and Edith Mitchell, and his brother Alan Mitchell, and brother-in-law James Morgan.

Robert was a tradesman and spent many years working at his brother's business, Advance Drywall Systems in Anaheim, CA, Lake Arrowhead, CA, Portage, Wi, Baraboo, Wi and the surrounding areas. He also loved to cook.  He was an excellent cook and spent many of his early years as a cook.  One of his favorite experiences was managing the kitchen at Charlie's Chili in Newport Beach, California.  He loved being at the beach and living a simple life.  When he would visit the family he would be quick to whip up a specialty omelet and make something creative out of simple ingredients.

Robert attended high school at Downers Grove North class of 1965 in Downers Grove, Il where he met his wife Kathy Ove (Wold).   Robert and Kathy were married for a short time when life took them in separate directions.

Nothing in his life would make Robert happier than reconnecting with his son Robert Wold.  Robert was thrilled to have such a beautiful family and simply adored his grandchildren.   He was absolutely smitten with his great grandson Nolan and he was the light of his life.

A Graveside service will be held on Saturday, July 22, 2023 at 11:00am at the Camp Douglas Village Cemetery in Camp Douglas.  A celebration of life for Robert Thomas Mitchell will be held later this summer and details will be forthcoming on robertmitchell.info.  The Hare Funeral Home in New Lisbon is assisting the family with arrangements.  Online condolences available at www.harefuneralhome.com

To send flowers to the family or plant a tree in memory of Robert T. Mitchell, please visit our floral store. 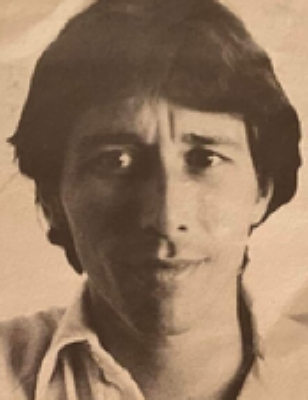