Share a memory
Obituary & Services
Tribute Wall
Read more about the life story of Sharon and share your memory.

Sharon D. Olson age 81 of Camp Douglas, WI., died on Wednesday, December 28, 2022, at Fairview Nursing Home in Mauston, WI.  Sharon was the daughter of Wesley “Pat” and Virginia (Houghaling) Harwick and was born on August 22, 1941, in La Crosse, WI.  She attended grade school in Stoddard, WI.  Her freshman year she went to Lincoln High School and then transferred to De Soto High School for the last 3 years and graduated in 1959.

Sharon attended the Methodist Church in Stoddard and was confirmed there.  She was in the church choir for 6 years, taught Sunday School for 2 years while in High School and sang for funerals while in High School. As a teenager she was always interested in helping the older people in Stoddard by getting their mail and groceries after school.  They always had a special spot in her heart for them.

Sharon was married to Wayne H. Olson on August 1st, 1959 at Trinity Lutheran Church in Hustler.  To this union four children were born: Wayne D. Olson, Dennis J. Olson, Dawn M. Olson and David P. Olson.  In 1967 the family moved to their farm to raise their children.  Sharon turned Lutheran before marrying Wayne.  She taught Sunday School for several years and was active in the Ladies Aide of the Church.  She sang in the choir for the church and also directed the choir for a few years.  Sharon and Wayne later divorced in 1981 and she later married Wayne Morris in 1986, and they later divorced in 1989.

Sharon went to work in 1970 as a bookkeeper for the Clerk of Courts Office.  After that she worked as a CNA at Pleasant Acres Nursing Home then worked at the New Lisbon Elementary School as a secretary for the principal.  She worked at Target Bluff and then back to Pleasant Acres as a CNA and Health Unit Clerk.  She retired from there in 1996 and went on to do home health care.  She retired for the last time in February of 2005.

Sharon loved being a mother, grandmother and great grandmother.  She enjoyed cooking, baking and sewing for her kids.  She did a lot of gardening and enjoyed her flowers.  She enjoyed doing ceramics with her mother-in-law Bonnie.

Sharon is survived by her children; Dennis (Lisa) Olson of Mauston, Dawn Olson-Wilson of Camp Douglas, David (Katie) Olson of Kendall, a brother Wesley "Pat” (Lynn) Harwick of Richland Center, a sister Candice (Doug) Dobbs of Richland Center, grandchildren, great grandchildren and many other relatives and friends.  She was preceded in death by her parents, a sister Vicki at age 5, a good friend Bernie Haschke and a son Wayne D. Olson.

Per Sharon’s request her body will be donated to science and no services are being planned.  The Hare Funeral Home in New Lisbon is assisting the family with arrangements.  Online guestbook is available at www.harefuneralhome.com

To send flowers to the family or plant a tree in memory of Sharon D. (Harwick) Olson, please visit our floral store. 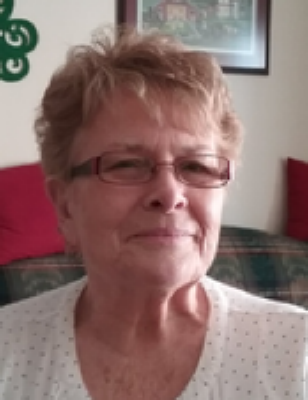